Old school trucks are more popular than ever before. Every year, more truck festivals are organized where (mostly) older truck models are on display. When asked, many drivers will admit that they are more attracted to the older models than the newest ones. But are older trucks still profitable? To find out, we lay out a few things in this blog article.

In this blog article you’ll read:

Which driver hasn’t dreamed of driving a big Scania V8 or a Volvo FH16 one day? Every brand has its top models. How about a MAN V8 with 680 hp, or a DAF with a 530 hp Cummins engine?

For most employed drivers, these flagship models were an unattainable Utopia, and often remained a childhood dream. A few people did get such a beautiful top model from their employer, but this often meant that they had to spend many weekends away from home.

Drivers who choose to continue as entrepreneurs have the choice of the brand and type of truck they use on a daily basis. With this group of drivers (also called self-employed) you often see them realize their childhood dream.

Entrepreneurship may involve more risks, but the number of drivers who work as self-employed entrepreneurs is still growing. More freedom is often given as the main reason.

What’s your choice when buying a truck, new or used? If you need a specific truck quickly, a used model may be the way to go. Another reason for choosing a used model may be that you have full confidence in the proven technology. At TrucksNL you will find a huge range of used and new trucks.

Truck manufacturers constantly update new models with new technologies. The past has shown that this does not always work out well. That is why people often talk about the ‘teething troubles’ with new models. Always wanting to be ahead of the game with the latest techniques can lead to downtime and a lot of frustration.

An ever-growing fanatical group of people are into what is known as “old school trucking”. But what exactly does this mean, and can it only be done with older trucks? The so-called old school is a style in which trucks are built up from the 70s and 80s.

In the old days, you often had to tarp loads so they couldn’t get wet. Photo courtesy of Back to the Oldskool/Jurian van der Hart 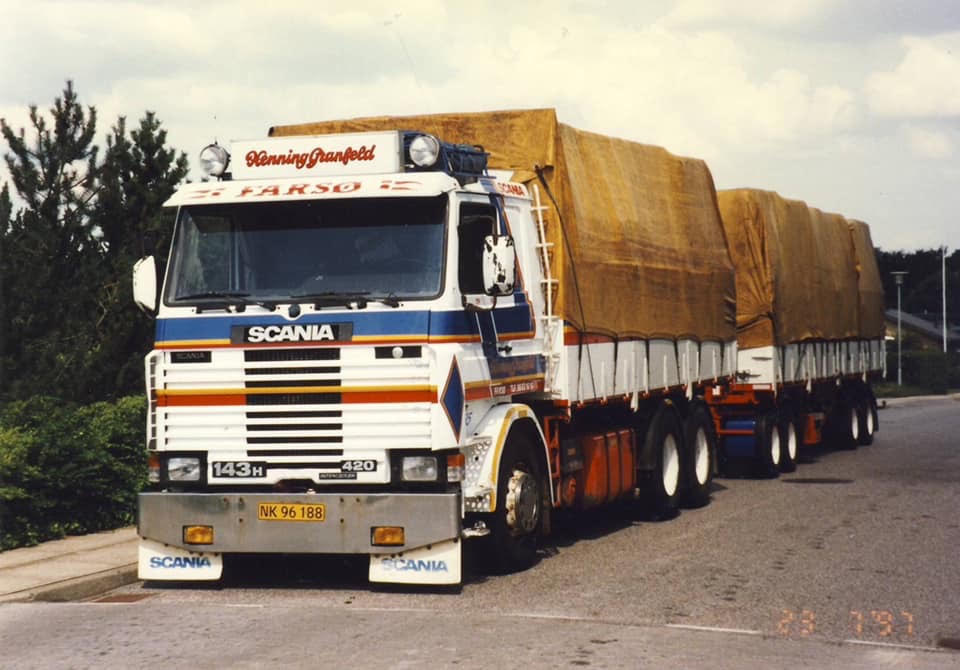 A good example is the tarpaulin rack on the roof of a truck. In those days, many drivers still drove with open cargo containers, and when the cargo could not get wet it had to be covered with tarpaulins. After use, these were rolled up again and stored on the tarpaulin rack.

A modern truck equipped with an old-fashioned tarpaulin rack on the roof. Photo courtesy of Back to the Oldskool/Jurian van der Hart 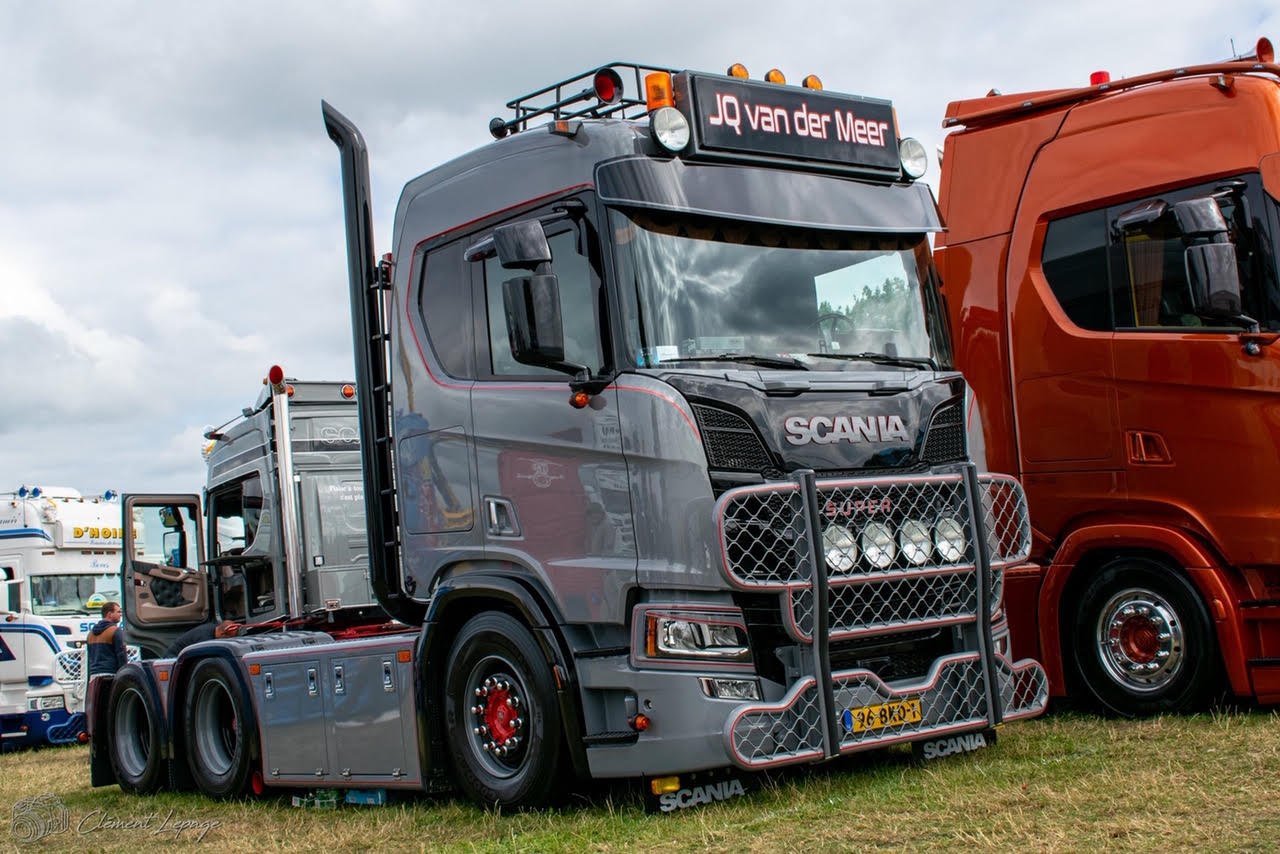 Nowadays, this is rare, but the number of trucks with such a rack on the roof seems to be growing. Decorated with a beer crate from days gone by, it is almost impossible to imagine our current streetscape without them.

In those days you had never heard of the Euronorms. If a truck was heavily loaded you could clearly hear and see this. A nice deep engine rumble accompanied by plumes of smoke left the exhaust without anyone being surprised.

With the introduction of the Euronorms this all seemed to come to an end. Trucks had to become quieter and above all cleaner. Soon enthusiast trucks were equipped with a bypass in the exhaust system, the so-called exhaust valve.

Robust upright exhaust pipes on a new truck. Photo taken from Back to the Oldskool/Jurian van der Hart 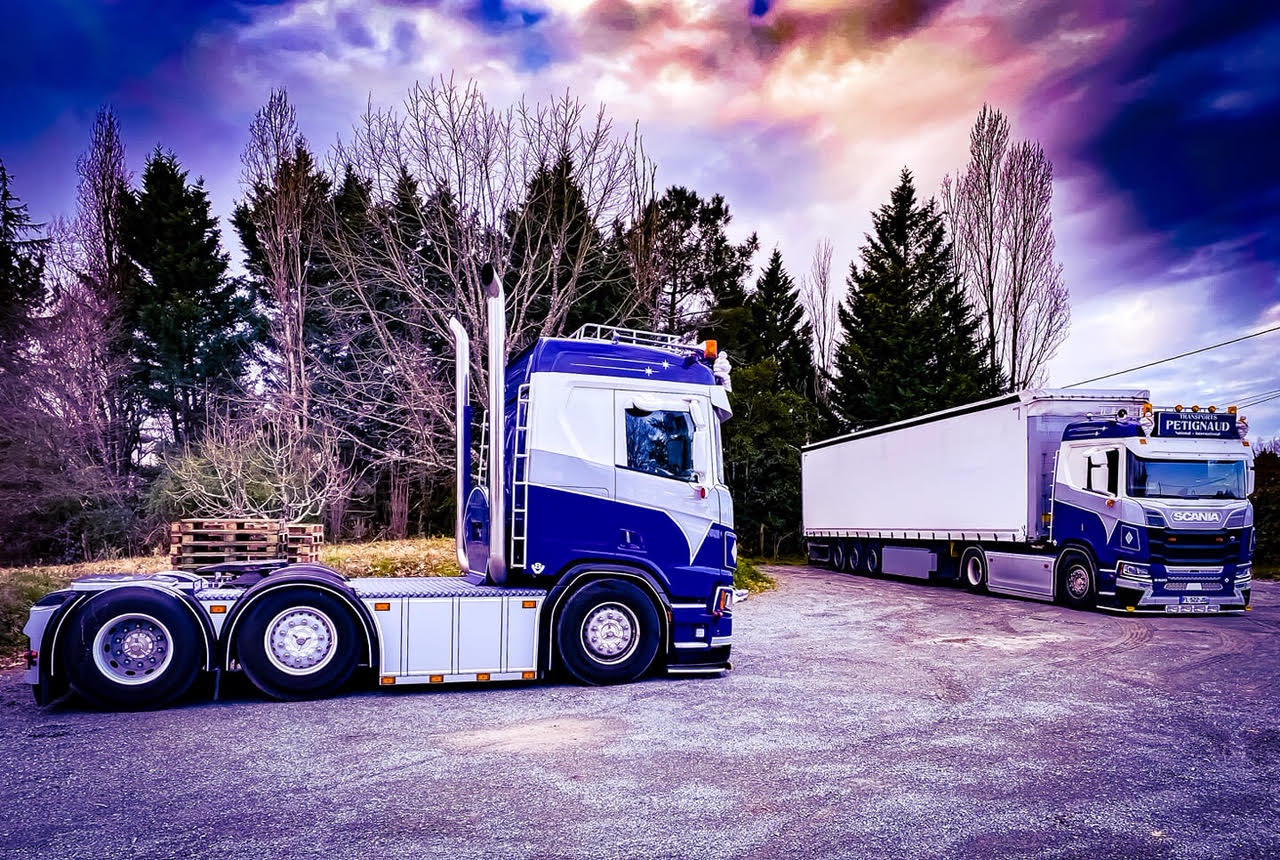 This valve offers the driver the choice of having the exhaust gases pass through the original exhaust system or through a direct pipe which increases the decibels considerably. There are even real decibel contests, where you compete for the highest number of decibels produced.

Nowadays, modifications to the exhaust system are punishable by law, and the fines that are issued for this are not negligible. This doesn’t stop the real fanatics from quitting, they are just more careful with the use of the exhaust valve.

In Brussels, meanwhile, they have embarked on a true policy of discouragement regarding the ownership of older trucks. Environmental zones have been set up in all European countries where only cleaner trucks are allowed.

Clients who refund the foreign toll almost always base their calculations on the cheapest rate, which means that, as an entrepreneur, you have to pay the above-mentioned 5.3 cents out of your own pocket.

This table shows the annual rates of the Eurovignette in 2021. The image is from Eurovignettes.eu

It’s remarkable that the difference between Euro 5 and Euro 6 with 4 or more axles is only € 77,- per year. This is remarkable because this is where there is still a little profit to be made with an older truck.

In this table (in Dutch) you can see the road tax of a Euro 3 and higher per quarter. The picture is taken from the Belastingdienst, the Dutch tax office

If you only drive in the Netherlands with a three-axle Euro 5 tractor unit, you will pay less than with a two-axle Euro 6 tractor unit. 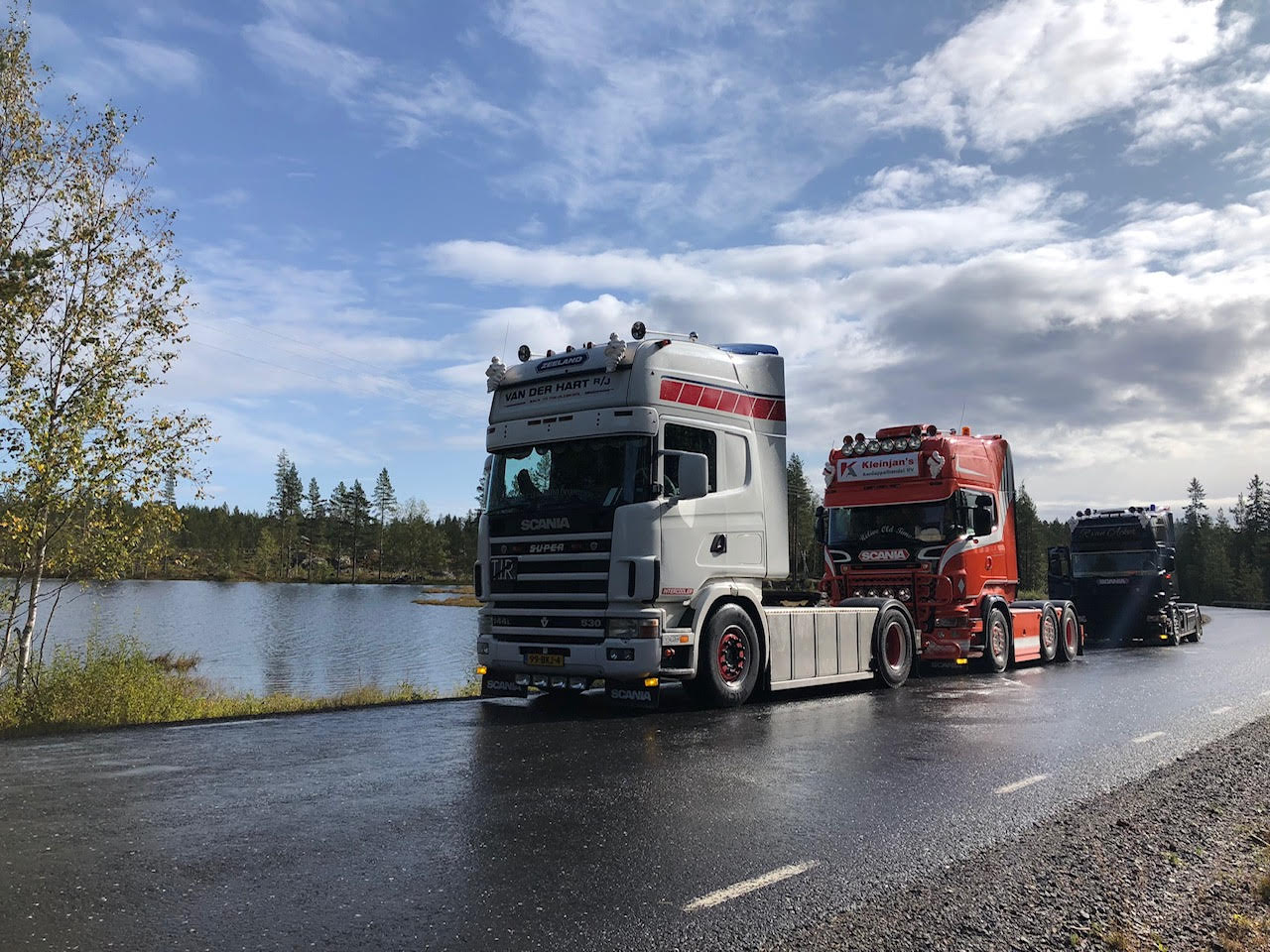 Replacing such a truck is often a huge investment, so you just take the higher road tax for granted. In addition, trucks with such a respectable age will mainly be for hobby use.

For a truck with a Euro 3 standard the same tax rate applies in the Netherlands as for a Euro 6 standard. You do pay € 176,- more per year for the Eurovignette, but this seems negligible on an annual basis.

The tax rate for a Euro 3 will certainly increase in the coming years. With a Euro 3 you are not allowed to enter the Dutch environmental zones. On the other hand, Euro 3 trucks are not equipped with an Adblue installation, which means that you can eliminate the costs of Adblue against the higher Eurovignette costs.

Trucks from the year 2005 (Euro 4) and from the year 2009 (Euro 5) are certainly still profitable in the Netherlands. With these trucks you can still enter all environmental zones outside the Maasvlakte area until 2022.

If you drive abroad a lot with your truck, then a Euro 6 truck is definitely worth considering.

The toll costs abroad are increasing alarmingly every year, and are forcing transport companies to switch to Euro 6. Because of the tough competition in international transport, the only way to survive is to save money.

The Euro 6 norm already made its appearance in 2014. As a result, there are already an awful lot of used Euro 6 trucks on the market. So you are certainly not obliged to buy a new truck to meet the highest environmental requirements. Curious about the range of used Euro 6 trucks in the Netherlands? TrucksNL offers a wide range of Euro 6 tractors units.